Filipinos voted for RODRIGO DUTERTE to be our 16th President

Does it mean millions of Filipinos ﻿promised ﻿to be LAW ABIDING CITIZENS?? 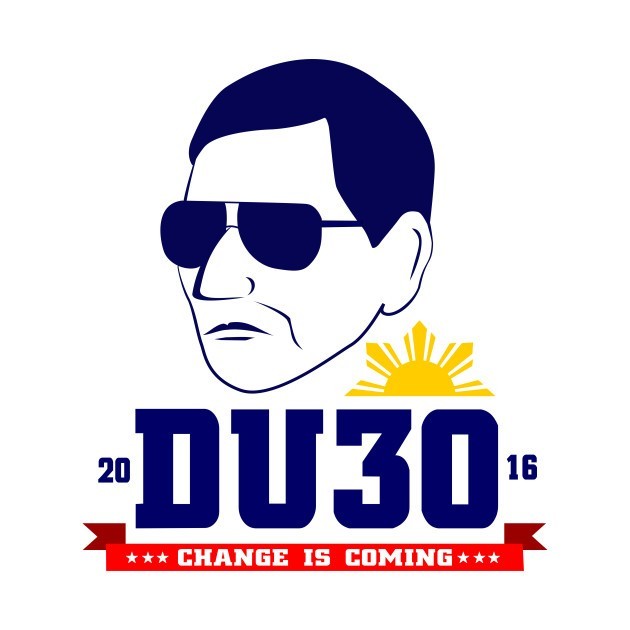 Many say   THEY ARE READY but how about for some Filipinos? Does it sound so strong,scary, and controlling? I’m an OFW and I’m living in New Zealand for many years now and  these are just  basic rules of a country. I’ve been wishing and praying that one day, this will happen.  I’ll be so happy and excited to see many of us Filipinos abiding the  rules and having second thoughts of taking the  consequences when they try to get way with the rules and regulations.

Reading  social media post , articles, and watching  the local and international news  about Former  Mayor Duterte  of Davao City makes me feel so unsure if he’s the perfect  president for our country. They call him the Donald Trump of the East, it makes me cringe when he talked about the killing criminals,it feels scary just listening to him. But I’ve also seen his soft side and his passion  and start making big changes in our country. It’s very sad to admit this for a long time, I’ve given up to the Philippine government system and it’s corruption, I thought it was hopeless and no matter what we do, it’s NOT going to change. I’m not saying we had bad leaders, I’m sure PNOY and many of our politicians are good people individually, they woundn’ t be in their position if they’re not. But they’re eaten by the whole system that is almost impossible to change.  MAYOR RODRIGO is like a ray of light at the end of the tunnel for Filipinos, someone so different, someone so strong and wouldn’t take NO for an answer of what he wants to achieve.  He has  proven his  work  in DAVAO CITY and let’s see what he can do for our whole country.

I have seen his soft side as well , some great lines that come out of his mouth that seem to have god values.  During his interview  in his  Meeting de Avance  with CNN, he said “ I will accept the destiny crafted by the People and God and his last words were “God bless our Country”.

Another post on facebook by Lynnie Manuel referring to Mayor Duterte with his photo crying at the cemetery on his mother’s tomb and asking for guidance.

Yung feeling na you’re preoccupied with work, having fun nalang sana or preparing for your retirement. Yung feeling na gumagawa ka na ng mabuti, sinasaktan ka pa. I know right! that overwhelming responsibility. God said, I created, saved you, called you and commanded you to live a life of service. Be strong and be of good courage. One day, God will compare how much time and energy we spent on ourselves compared with what we invested in serving others. So do not be afraid, God is with you and so do we. ‪#‎changeisgood

Just so this is clear: When you voted for Duterte, you didn’t vote for change. What you voted for was the candidate that could help you change. Yes, it’s YOU that has to change. So stop cutting lines. Stop promoting ignorance. Stop jaywalking. Stop littering. Pay your taxes. Know the law. Follow the rules. Study your lessons. Get a job. Go help someone. Plant a tree. Invest in goodness. Make a positive impact. Because the statement “Change is Coming” is not a battle cry you shout to the world; it’s a solemn promise you make to yourself. And if that change does not come, it’s less of his failure as a President and more of our collective failure as a nation.

So does  Rodrigo Duterte’s  victory means we Filipinos promised to be LAW ABIDING CITIZENS? Is it a promise to ourselves that we will all start doing our part to make our country and our individual lives better?  I hope that what many people posts in the social media of what we want to achieve for our country is real in their heart, not just a social media hype and clicking like and share because it’s easy…. KNOWING and AGREEING is a great start…. but DECIDING and DOING is the challenging part…YES, it makes a big difference to have a good leader but truly, the real change must come from us…. the foundation of our whole nation is US…. YOU and I… our FAMILY….let’s start HERE…..

I’m hopeful that one day, Philippines will become one of the FIRST WORLD COUNTRY not THIRD!! “First World” refers to so called developed, capitalist, industrial countries. A country where there will be a high percentage of a middle-class population rather than a high percentage of population living below the poverty line. More entrepreneurs, more millionaires, more people with a wealthy mindset, more selfless, generous and loving individuals  who want to make this world a better place to live.  I took the first step.I joined them and now I’m one of them. Take the first step Be one of US!

An Open Letter to my Sister

You Only Live Once